There was a time when Twitter was pushing the early social media frontrunner, Facebook, all the way for pole position as the hot social platform for business. But – it has to be said – things cooled pretty quickly.

A platform that became popular for its ease, high-use and engagement, was all of a sudden being seen as the platform that had failed to live up to its early potential.

Even the most optimistic and adept PR professional would have had a tough time of trying to put a positive spin on Twitter’s performance between, say, 2015-2017. Whatever stats you chose to look at it painted a pretty bleak picture for Twitter. The platform had somehow become overrun by banal chat, was cluttered with ads, obsessed with celebrities and tainted by trolls.

Not only that, there just seemed to be a general shrugging of the shoulders when it came to the platform. People seemed nonplussed by it and confused about what it was all about – with many wondering whether Twitter had just become a bit pointless.

However, 2018 saw something of a resurgence from Twitter. Fair enough, it’s not been that dramatic. It’s hardly a Lazarus moment but the numbers do now look more positive. Users and engagement were up in 2018, for example.

Twitter is far from perfect but many of the criticisms that are often levelled at the platform are a bit unfair, if not completely unfounded. Twitter’s demise has been greatly exaggerated and it certainly isn’t pointless, it’s just that people aren’t fully grasping the benefits of using it properly or understanding how to get the most out of it.

If there are types of businesses that should definitely be using Twitter it would be B2B. The platform enables brands to talk to their audiences in a way that isn’t really possible on other social networks. It’s great for B2B companies as a way of connecting with audiences and to gain insight about them.

As a way of sharing the expertise of thought leaders Twitter is unrivalled, and by using Twitter Lists it’s easy to build awareness within a niche and to segment your market. Where many B2B companies slip up on Twitter is by posting content that is overtly sales-driven. Of course, there’s nothing wrong with the odd promotional post, or directing prospects to your website with a link to a blog post – but it’s the content of the blog post rather than clickbait to your site that is the crucial thing.

If your content and social media activity is consistently relevant and engaging then you will be able to push prospects further down the sales funnel. In time, they will look around your website. However, the focus needs to be on sharing content that informs, entertains and engages, not just on driving traffic to your site. If the former is solid, the latter will follow.

Twitter is also brilliant for businesses who have a large customer base, but brands need to be mindful that it’s as quick and easy for a user to post a complaint on Twitter as it is for the brand to talk to their audience – both have the same large audience. This means that a brand’s customer service needs to managed effectively. 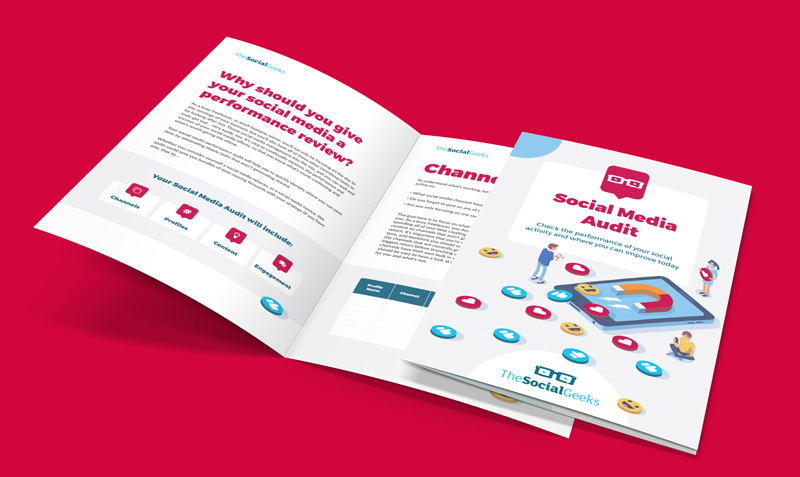 Assess the performance of your social media and what you need to fine tune.

Geeks are Social Media Management experts focused on delivering a second-to-none service. We’re results-driven campaign managers. Book a call with one of our experts today to discuss your social media challenges.